As a parent of young children, I’m constantly thinking about how best to educate and nurture them as they grow, so that they can fulfil their potential.

They’re still only young, 2 and 4, but I can already see their individual skills and attributes shining through their personalities.

There are so many wonderful opportunities available to them, so much more than when I was younger; whether it’s becoming involved in team sports, taking part in a leisure activity or joining an organisation like the Scouts, or the Guides or the Sea Cadets, I am excited about what’s on offer and the rewards they will gain from whatever they decide to do. 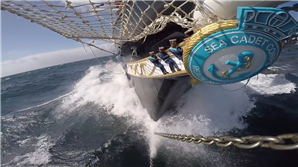 We have worked with the Marine Society and Sea Cadets (MSSC) for over a year or so now, and I have to say that before they became a client I didn’t really know very much about them and I wrongly thought that their organisation was only available if you lived by the coast. But now I know that 14,000 young people throughout the UK, across towns, cities and ports get to develop new skills and challenge themselves with the Sea Cadets every year.

Established in 1856 the organisation was originally created by communities wanting to give young people instruction on a naval theme. Today however, whether you’re based in land or near the sea, the Sea Cadets offers young people incredible opportunities for personal development – by learning new skills, such as sailing, kayaking, mountain biking or rock climbing and working in teams to inspire and instil confidence. What’s more they offer the opportunity for their members to take part in a variety of courses or earn valuable qualifications from the Royal Yachting Association and British Canoeing through to BTEC’s in Team Work, Personal Skills and Citizenship, Duke of Edinburgh Awards or even credentials from the Institute of Leadership and Management.

We’ve had the opportunity to produce a number of Awards for Sea Cadets. We’ve worked with the MSSC to produce medals that are awarded to winners of the National Competitive Events they organise annually for their members. Ranging from Football through to Regattas the competitions are an ideal way for the young cadets to showcase the skills they have developed and work, both individually and in a team, to achieve an aspirational goal. The National Competitive Events Awards for Sea Cadets were produced in gold, silver and bronze and featured an antique finish. 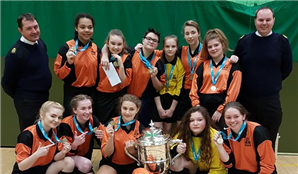 We also loved working with the MSSC on creating the individual commemorative coins that are presented to the winners of the coveted Canada Trophy. The Trophy is awarded annually to the unit who is considered to have attained the highest standard throughout the country in the previous year. The acclaimed Trophy was presented to the 2016 winners, the Barrow-in-Furness Unit at the end of last year and the youngsters of the group took home their very own commemorative coins as a memento of their achievements. The attractive commemorative coins were produced in gold, measured 50mm and feature an antique enamelled finish.

We’re still a way off before my girls turn 10 and are eligible to join the Sea Cadet Corp, but it’s great to know the option’s there for them to learn new things, make friends, grow in confidence and develop social and personal skills they can take with them throughout their life.