In celebration of Her Majesty the Queen’s very special milestone Medals UK has produced an exclusive commemorative coin to mark the Queen’s 90th Birthday.

Thursday 21 April 2016 sees the Queen celebrate her 90th birthday, having been born on this day in Mayfair, London at 2.40am in 1926. At the time of her birth she was third in line of succession to the throne, behind Edward Prince of Wales, later to be King Edward VIII and her father, the Duke of York.

Due to remarkable circumstances and the first and only abdication of a British monarch Elizabeth Alexandra Mary became queen in 1952, following the untimely death of her father King George VI.

The Queen will mark the milestone with no less than eight days of celebrations. These include a walkabout around her beloved Windsor on her actual birthday, accompanied by The Duke of Edinburgh. A 90th Birthday Celebration Pageant will follow on the evenings of the 12 – 15 May and will take place in the private grounds of Windsor Castle. The four nights will see over 900 horses and 1,500 participants celebrate the Queen’s special milestone with a programme of songs, dance and equestrian displays. It will also tell the story of the Queen’s life, from her birth through World War II to her Coronation in 1953 and a reign spanning 63 years, making her Britain’s longest ever reigning monarch. The very best of British talent will join in with the celebrations on the final Sunday night for a two-hour event, hosted by Ant and Dec and broadcast live to the nation on ITV.

Celebrations continue into June with a National Thanks Giving Service being held at St Paul’s Cathedral on Friday 10th, coinciding with Prince Philip’s 95th birthday. Saturday 11th marks the Queen’s official birthday with the annual celebration of Trooping the Colour, and the Royal Family gathering on the balcony of Buckingham Palace after the event for a flyover by the R.A.F. Sunday 12 June 2016 marks the final day of the celebrations and will see more than 10,000 guests join the monarch, The Duke of Edinburgh and other members of the Royal Family for one of the largest ever street parties: The Patron’s Lunch.

The Patron’s Lunch will celebrate her patronage of more than 600 organisations in the UK and around the Commonwealth. The Queen and guests will enjoy a hamper-style lunch that will span the length of the Mall in St James’s Park. Members of the public will be able to join in the celebrations by watching screenings of the event at other royal parks in London, including Green Park. Street parties are also being hosted up and down the country to mark this special occasion and celebrate the Queen’s birthday.

To commemorate this once in a lifetime event Medals UK has created an exclusive commemorative coin to mark the Queen’s 90th Birthday featuring the official, Elizabeth II Regina monogram. The weighty anniversary coins are available in gold and silver base metals, measure 38.61mm, and feature a bright, minted finish. They are available in a range of packaging options to suit different needs and budgets. The coins are the perfect memento for employees, students and respected clients to mark this most special occasion celebrating the life of Britain’s longest reigning monarch.

You can order souvenir coins for yourself and your most valued contacts to treasure and commemorate this once in a lifetime event by completing our online enquiry form.

Happy Queen’s 90th birthday to you, we hope you enjoy the celebrations today and over the coming months! 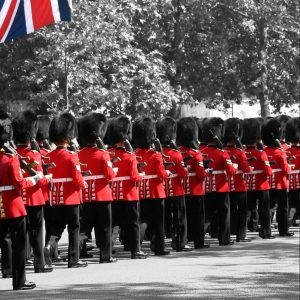 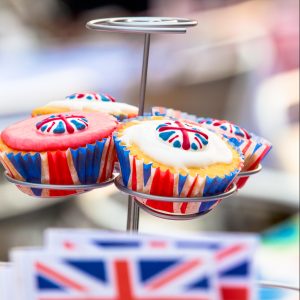