Medals UK > British History > Lest We Forget – The Military Award

2014 saw the end of a thirteen-year campaign in Afghanistan, with the campaign in Iraq ending in 2011. During this time many British service men and women have given their lives in one way or another to the cause and we think all deserve a military award. 179 British personnel died in Iraq and 473 in Afghanistan; lest we forget the countless service men and woman suffering from physical and mental conditions caused by actions in both theatres.

With the 100th anniversary of the beginning of WW1 this year, we should not forget to remember those who have served their country in Britain’s latest campaigns. While so many soldiers have sacrificed in one way or another, they all should be commemorated for their bravery in the face of danger. We have written about a few who have received some of the highest honours. 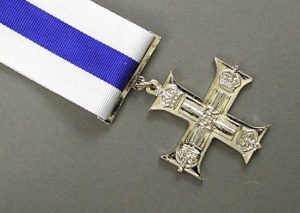 On patrol Lance Corporal Watson put herself in â€œmortalâ€ danger in order to attend to another wounded Afghanistan National Army Solider (ANA) while under heavy Taliban fire. At the same time another ANA soldier was hit in the chest and has subsequently stopped breathing. Lance Corporal Watson attempted to resuscitate the second soldier for twenty minutes, but sadly was unable to.

On a separate patrol, an ANA around 70m ahead of her, received 2 bullet wounds to the pelvis after being shot by a sniper, the soldier then went into shock. Lance Corporal Watson under heavy fire ran forward to administer medical care, however, the wounded Afghan soldier comrades tried to stop her as they did not want a woman treating their soldier. Despite this, she managed to stem the bleeding and splintered his pelvis after which she got the injured man to a helicopter landing site 200m away. He was then evacuated by the medical emergency response team (MERT) to Camp Bastion hospital.

Her citation read: Watson’s immense courage, willingness to put her own life at risk and absolute bravery, saved the life of one warrior and acted as an inspiration to her platoon and their Afghan National Army partners.

Following her bravery, Lance Corporal Watson was awarded the Military Cross, which is the third highest award for gallantry in the UK and Commonwealth. To date she is the first and only women to have ever had been awarded this honour for her actions in combat in Afghanistan and is believed to be only the fourth woman to have ever received this military award. 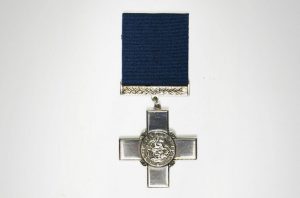 Safe Sergeant Olaf Sean George Schmid GC was a British Army Bomb Disposal Expert, who was killed in action in Afghanistan on the 31st October 2009. Staff Sergeant Schmid was posthumously awarded the George Cross, which is the highest honour award to a British and Commonwealth soldier not under enemy fire.

Before being awarded the George Cross Safe Sergeant Schmid

He deployed at the height of Operation Panthers Claw and went immediately into the fray, one of the most physically draining and mentally intense hazardous jobs in Sangin Helmand Province. Typically deploying on foot leaving no option to use protective equipment and without any use of remote control vehicles he spent long period of time in close proximity to victim operated improvised explosive device and the upmost personal danger. Before his death he responded to 42 IED tasks and dealt with 70 confirmed IEDs.

On the day of his death, Safe Sargent Schmid had already dealt with three IEDs, Schmid and his team were moving to another compound when a searcher discovered a command wire running down the alleyway they were using. This meant that Schmid and his team were now trapped in the alleyway with no way to move forward or backwards. Knowing the danger that faced him and his team, he immediately took action to reduce the hazard. He eventually managed to trace the wire to a complex wire IED that incorporated three linked main charges. Sadly Safe Sergeant Schmid was killed whilst dealing with the device.

Schmid fearless actions that day, with no safe way out no doubt saved the lives of the rest of his team. These complications were a representation of the complex and dangerous situations that Schmid faced daily on this tour. 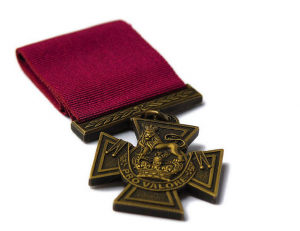 Corporal Bryan James Budd VC was posthumously awarded with the highest military award available to British and commonwealth soldiers; the Victoria Cross. He is one of 1,361 individuals to have been singled out for this honour since the Crimean War of 1856.

Corporal Budd served with the 3rd BattalionParachute Regiment (3 Para) while on Operation HERRICK 6 in 2006.

On 20th August 2006, Corporal Budd and three other sections from A Company 3 Para where on routine patrol around the town Sangin. During patrol, Corporal Budd spotted 4 Taliban fighters 50 meters ahead moving in their direction. Using hand signals he lead his section ahead in a flanking manoeuvre around the outskirts of a corn field in an attempt to cut them off, unfortunately, the Taliban fighters spotted them and opened fire on the British soldiers. Soon after a second group of Taliban insurgent opened fire from a nearby wall.

While under this heavy fire, two of Corporal Budd’s fellow soldiers were wounded, one shot in the shoulder and the other in the nose. Realising the risk that they were in, Corporal Budd charged forward towards the insurgents with his weapon on automatic. His actions allowed his section to move back and recover the wounded soldiers. Soon after Budd was declared Missing in Action (MIA). His Platoon was sent out to retrieve Corporal Budd, he was found wounded and not breathing beside three neutralised Taliban insurgents. Sadly, despite his courage and his Platoon’s best efforts, Corporal Budd succumbed to his wounds and was declared dead on return to his patrol base.

Lest we forget, these brave men and woman, who are a handful amongst thousands that have fought bravely on behalf of the UK and Commonwealth.

For our tomorrow, they gave their today.