Olympic Medals Revealed for Rio 2016 with Strength and Sustainability at their Heart.

We’re on countdown for that moment when the best athletes from around the globe compete in the largest sporting event in the world, the Olympics Games. To mark the milestone the Rio 2016 organisers, along with the Brazilian Mint, have launched the Olympic medals the athletes will be battling for.

From 05 – 21 August Rio 2016 will see thousands of athletes and Paralympians compete against each other in the first ever Olympic Games to be staged in South America. The Olympic medals features laurel leaves, which traditionally symbolised victory in ancient Greece. The laurel leaves surround the Rio 2016 logo and also celebrates the relationship between the strength of the Olympic heroes and the forces of nature. The obverse side of the Olympic medal features an image of Nike, the Greek goddess of victory.

The medals have all been created with sustainability at their heart. Those topping the podiums will receive gold medals that have been extracted without the use of mercury. The silver and bronze medals have been produced using 30% recycled materials and half of the plastic in the ribbons will come from recycled materials. The beautifully crafted medal cases have been made from freijó wood certified by the Forest Stewardship Council (FSC).

2,488 Olympic medals have been produced for the top world’s athletes: 812 in gold and 812 in silver and 864 in bronze. (And if anyone can explain to us why more medals are produced in bronze that would answer a question that has been confusing us for days!…) 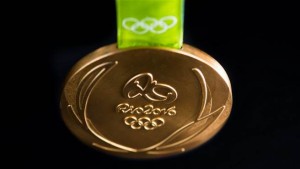 Olympic Medals revealed with strength & sustainability at their heart. 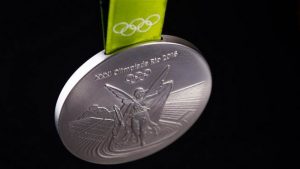 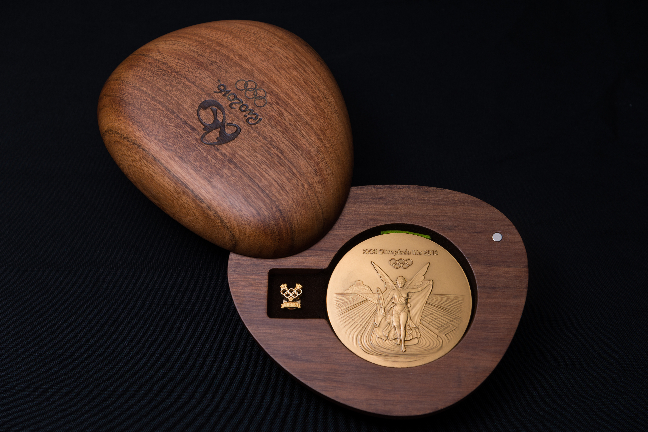 2,642 Paralympic medals have been produced: 877 in gold, 876 in silver and 889 in bronze. All Paralympic medals have been produced with a device inside that uses steel balls to make a sound, allowing the visually impaired athletes to identify the colour by the sound, with the noise increasing in volume from bronze to gold. The bronze medals have 16 steel balls inside, with silver having 20 and gold containing 28. And all of the medals produced also have the words ‘Rio 2016 Paralympic Games’ featured on them in Braille.

And in line with the sustainability theme of the Games all of the of podiums produced on which the athletes will receive their Olympic medals are made from organic materials and have been designed to be reused in the future as furniture.

This has really whet our appetite for this year’s Games where the pressure is really on for our British athletes to repeat the success of the 2012 home games and win more Olympic medals than the last event, four years ago, and ever. We’re certainly behind them all rooting for their success, and we know you are too. 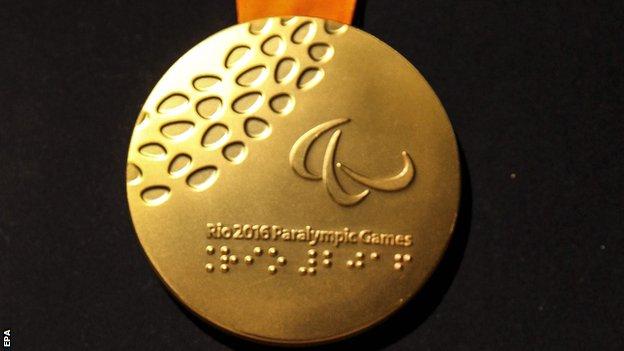 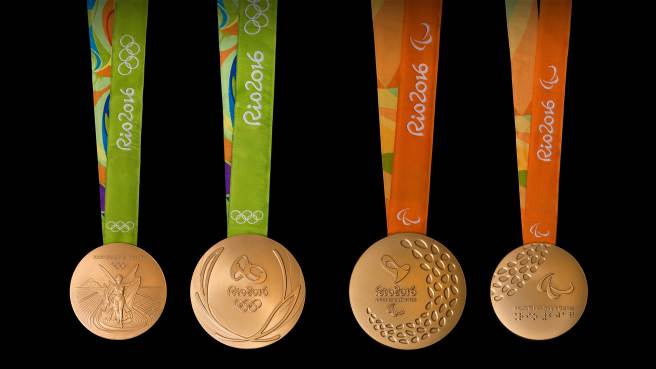