It’s happening, that murmur of hope and excitement that starts to build once every four years; in the newspapers, on our TV’s, on social media, office sweepstakes, World Cup fever strikes.
On the 14th June, Russia will kick off the FIFA World Cup 2018 in Moscow when they face Saudi Arabia, with England’s first match against Tunisia on the 18th June at the Volgograd Arena.

Alongside some formidable opposition, England Manager Gareth Southgate will be taking charge of his first major tournament, with England already losing twice under his leadership to France and Germany, can we make it past the knockouts? Southgate has further added to the speculation, announcing a youthful England squad line up, from the 23 players announced, six are aged 23 and under with only five players from the Three Lions’ last World Cup submissions. With an average age of just over 26 it will be the youngest England party to travel to a World Cup since Chile in 1962.

Is the young team the right choice? We think so, not only are these players relatively fresh to the footballing limelight, they’re inspiring youngsters all over the country to become active. Pursuing a dream of a footballing career no longer has to be a pipe-dream reserved for the popstars of the football world. The young England players represent a new generation of footballers who don’t claim to be celebrities, but celebrate their humble beginnings sharing their journeys on social media and interacting with their aspiring supporters. 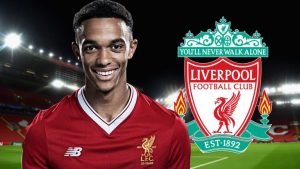 Amongst the youngest players is defender Trent Alexander-Arnold age 19 from Liverpool Football Club, who was only discovered by the luck of the draw. Born in West Derby, Liverpool, he attended St. Matthews Catholic Primary School and was six years old when Liverpool hosted a community summer camp to which his school was invited. Alexander-Arnold’s name was drawn from a hat to attend the camp where he was spotted by academy coach Ian Barrigan who subsequently offered him the chance to join the club’s academy.

Here at Medals UK we are proud to support young participants of all sports, up and down the country and at all levels. We have produced multiple medals and commemorative coins for footballing events and rewarded young people for their sporting achievements. The awarded medals and bespoke coins not only mark the young peoples’ successes but hopefully encourage them to continue playing sport into their adult lives; keeping fit, building friendships, learning how to work as a team and who knows, perhaps carrying the sport on to World Cup level one day.

The City of London Frosted Polished sports Medal. In 2015 The City of London Borough organised a football tournament in celebration of its 125th anniversary year. Medals UK produced commemorative gold, silver and bronze winners medals, which were beautifully finished with frosted/polished effect, to mark the perfect reminder of the event.

Of course it’s not just the players that deserve to be rewarded with medals and coins for their achievements, there are other people involved in both on and off the field including Referees and Groundskeepers, without whom the sport of football wouldn’t happen.

The Devon County FA Commemorative Coin was presented to the officials of the County Cup Final. The custom made coin commemorated the official’s participation in the County’s footballing tournament. The souvenir coins were produced in gold, silver and bronze for the referee, assistant referee and fourth official. The coins measured 38.61mm, had a bright, minted finished and were supplied in their own clear presentation disc.

The Devon FA Long Service Commemorative Coins. Following the success of the County Cup Final coins we were commissioned to create coins in gold and silver to commemorate the long service of their workforce for 30 and 20 years respectively.
The obverse of the coin denotes the time of service, with the Devon County FA emblem featured on the reverse of the awards. The commemorative coins measure 38mm, have a semi proof finish and feature a milled edge.

Medals UK Ltd can work with you to design and produce your football medals and commemorative coins, if you would like to discuss an order please call +44(0)1785 665050.

The Science of Reward: Why We Want To Win
Commemorating A Royal Occasion